Are you having problems with the choice of carnival costumes for children? Well, you, this is not a problem. We have prepared for your children PJ masks costumes options for combinations of a very popular children's cartoon series PJ mask or masked heroes. Little super rescuers will be able to become and boys and girls. We are sure that all the children who will see your child in the costume of the Hero in masks at the birthday party, will dream of the same suit for himself, and you will enjoy the fact that he was one of the heroes in masks!

Gekko, Catboy, and Owlette in one video! Dress your child like the popular character of the youngest superhero team. The costume includes jumpsuit with detachable tail and soft headpiece. PJ masks suits for kids are available in 2 sizes: S (4-6) and T (3-4). 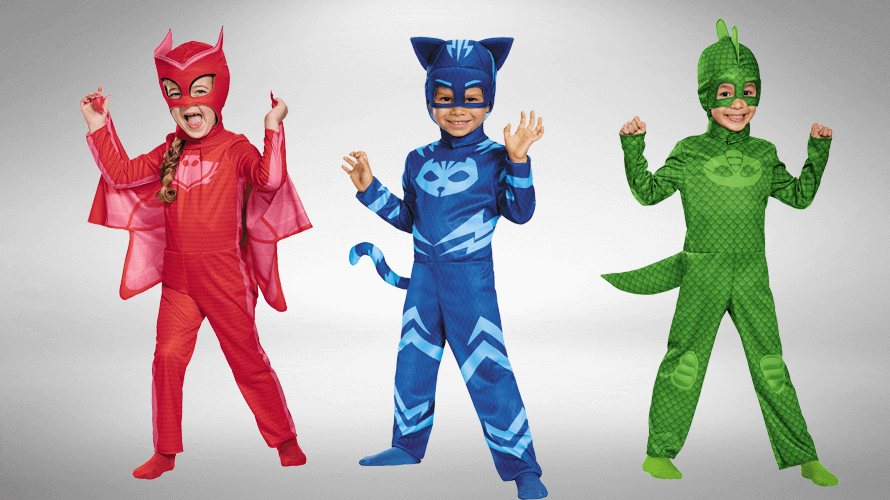 PJ masks are the animated series about the exciting adventures of unusual preschoolers - Greg, Connor, and Amaya. During the day they are neighbors, classmates, and friends, but as soon as it gets dark guys put on their pajamas and transformed heroes, ready to go save the world. At night, they become Catboy, Owlette, and Gekko. Colourful costumes and masks confer unique abilities friends: Greg can run on the walls and ceiling, like a lizard; Connor becomes nimble and quick as a cat; Amaya perfectly sees in the dark and flying silently as an owl. But with the advent of the first sunlight, they hurry home because their superpowers disappear! Do you want to arrange a children's party with the theme of PJ masks? Choose costumes of the main characters of this fascinating cartoon for the kiddies! Catboy, Owlette and Gekko costumes are waiting for their little owners and ready for the adventure. 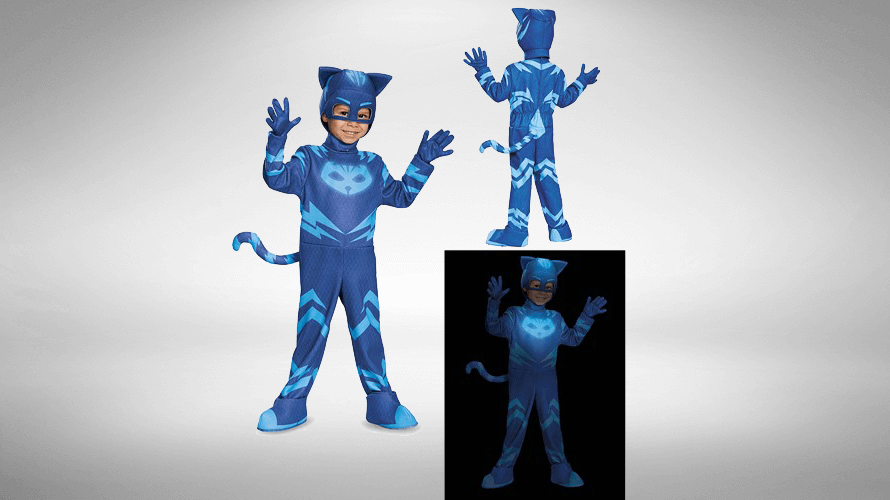