Have you been invited to costumes party? Don't you know what to wear? We offer you Batman costumes. We have a huge selection of Batman costumes for kids and adults! Furthermore, you will find here Robin costume, Bane costume, Harley Quinn costume, Joker costumes and other Batman characters. Don't forget about accessories! We have everything you need for the perfect Batman outfit!
Filters (1)
Prev
1 2 3 4 5 6 7 8
Next

 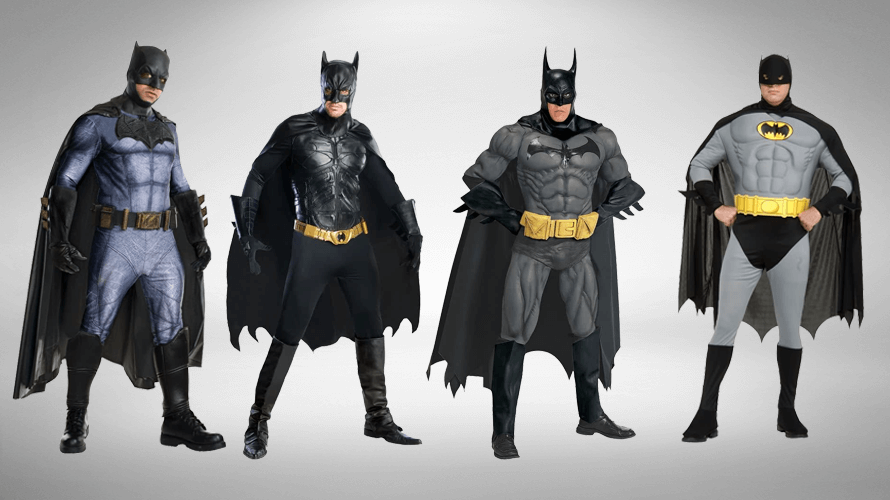 Batman is a fictional superhero. Batman - it's secret alter ego of billionaire Bruce Wayne, a successful industrialist, philanthropist and the favorite of women. Bruce as a child witnessed the assassination of his father, a doctor Thomas Wayne and his mother Martha Wayne who shot and killed by a robber Joe Chill. Bruce vowed to devote his life to the struggle for justice and the fight against crime. For this, he prepared both physically and mentally. To counter the criminals, he goes out into the streets of the fictional American Gotham city, wearing a bat suit, where all the events take place. With the help of several characters, including a team-mate Robin, butler Alfred, Police Commissioner James Gordon, and sometimes superheroine Batgirl, Batman confronts the criminal community, corrupt the Gotham authorities, and a group of villains, including The Joker, Two-Face, Poison Ivy, Penguin. Batman does not possess supernormal abilities, he uses his mind, martial arts skills, knowledge in science and technology, and also shows the indomitable will, the ability to instill fear and intimidate his enemies. Batman in his confrontation with the criminals never killed anyone and never did revenge.

Batman suit for kids and adults

Do you want to get into the atmosphere of celebration and fun? With the whole family? We have a big amount of Batman suits for kids and adults. Decide who will be Batman, Dark Knight, Pinguin, Robin, Joker, Bane , Batgirl, Harley Quinn, Cat woman. Everyone will be impressed by such a friendly family!